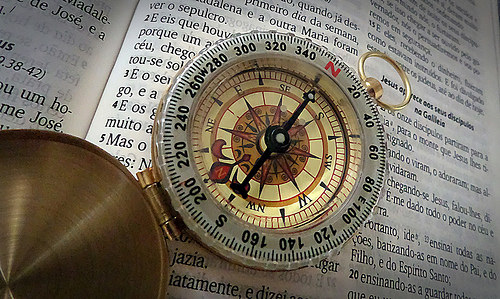 A teen who spends a significant amount of time online has direct knowledge of the “sins” of the web. Whether playing a game or using a forum to better learn Adobe Photoshop, he witnesses common transgressions such as pride, deceitfulness, and people who stir up conflict in the community. Is he prepared to discern those sins? Respond to them?

Here’s an exercise that may be useful to help your teen recognize and respond to the list of sins described by Proverbs 6:16-19.

Ask him to think about the biggest problem, sin, or negative issue he experiences online. [You may want to have him read Proverbs first, maybe even in various versions, to help something come to mind.] You don’t need to necessarily extract the example from him; let him stew on it if he prefers (unless he wants to share, which is great).

With his example of online negativity in mind, ask him to skim his Bible’s Concordance or Glossary to find keywords relating to that issue or sin. For example, perhaps he remembers noticing a troll online who causes trouble. He might come across the word “Overcome” (as I just did). He particularly notices the reference to Romans 12:21. He turns to it (as part of the exercise). Upon reading it he is reminded: “Do not be overcome by evil, but overcome evil with good.”

In this example, he may more clearly see this online negativity as a form of “evilness” (badness of character in this case). And, as importantly, he is being reminded of a biblical response, which is being “good.” The Holy Spirit may help him discern that the behavior is sinful, that he can overcome it, and that his approach must involve his own goodness (versus responding to evil with evil).

Children’s Bibles [such as the Hands on Bible, Tyndale Group (NLT)] are good for this process because they often have a simplified dictionary/concordance, use common keywords, and exclude name/place references which are less helpful for this exercise.

An online corollary to a proud look referenced in Proverbs 6 could be someone who brags about YouTube ‘subs’ (the number of subscribers someone has on their YouTube channel).

A lying tongue shows up in online gossip.

One teen compares hands that kill the innocent to a large online following that sets out to destroy a smaller one out of spite.

Some online gamers have a heart that devises wicked schemes or feet quick to do evil. This is like players who quickly attack other players who interfere with them, even innocently.

A witness who tells lies has a modern online version too: telling lies to start drama between fanbases.

Some online communities begin to feel like extended family. Causing discord in family can be equated with hackers who post as the owner of a channel.

Many teens quietly struggle with online strife and insecurity because of the complexity and variety of the online “sins” they experience. Strengthen your teen for the onslaught by helping him connect his online experience to God’s message. Forearm him with a contemporary response based on eternal wisdom. Not only will it strengthen him, it will remind him who he is in Christ and support his developing spiritual identity. 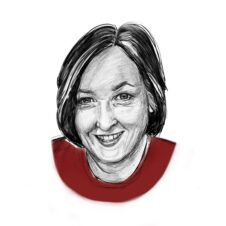